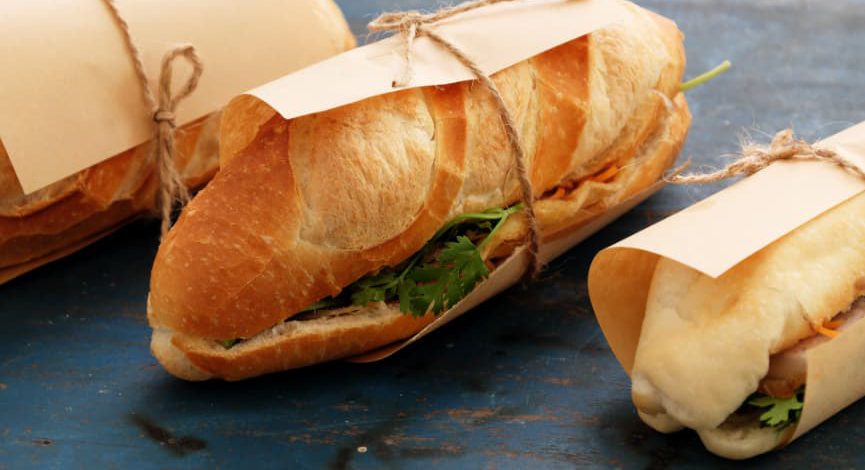 Bánh Mì : A Story of Resilience

For hundreds of thousands of people around the world, the Vietnamese bánh mì sandwich is an instant classic. Vietnamese cold cuts, fresh aromatic herbs, creamy mayonnaise, pickled vegetables and a host of region and family-specific toppings sandwiched between a flaky French baguette makes for a deliciously affordable and delectable dish, but for Vietnam and her diaspora, it represents the traditions, hope and resiliency of a country strong and proud.

How it All Began

In the early 17th century, French missionaries entered the Southeast Asian country to spread the Catholic gospel. Wary of foreign influence and meddling, local authorities routinely worked to remove them from the country. Acting as their guardian and benefactor, France took it upon themselves to uphold the protection of her countrymen as well as its religion!

When Vietnamese Emperor Tự Đức moved to execute 2 Spanish missionaries in 1857, the French used the opportunity as a righteous justification to invade the country on religious grounds. Tourane, today known as Da Nang, was attacked and leveraged against the Emperor to allow Catholics to safely practice their faith without persecution. The Emperor stayed steadfast and refused to give in, despite continuous French attacks on the country and their holding of Saigon.

3 years later in 1860, the French mobilized their navy and launched an attack on Vietnam with 70 of their ships. By 1862, they managed to control Saigon and the majority of its surrounding areas. They demanded that Vietnam pay them reparations for their costly invasion. Eventually, this culminated in the formation of the French colony of Cochinchina!

Since it wasn’t economically feasible to transport European goods and foods across the Atlantic and Indian oceans, the French transplanted their own crops and livestock to their newfound colony instead. Popular foodstuffs that are emblematic of the Vietnamese food scene such as coffee, deli meats and the baguette, came as a direct result of French colonization.

Despite the influx of exotic, European ingredients and foods, the Vietnamese diet remained largely the same. Large differences in price and low availability had kept the two cultures stratified but once World War I began in 1914, that would change forever.

At the start of the Great War, 2 of the largest import companies in Indochina were German-owned. The French, as a part of the war effort, took control of these warehouses which were stocked with European goods and foods. They took some of these goods with them on their way to the Western Front but had to leave most of it behind.

This was a boon for the Vietnamese, who, up until then, were unable to afford French and European “delicacies.” As Vietnamese began to familiarize themselves with European tastes, more and more European cuisine started to mix and marinate with the local Vietnamese cuisine. However, the imposing presence of French colonial rule meant that any “fusion” dishes incorporating the two cultures together were looked down upon and kept separate. For a period of time, Vietnam enjoyed baguettes in a very French way – with a spread of delicatessen means and dairy products.

This separation would continue to persist up until the late 1950s, when Vietnam forced their colonizers out. With the French out of the equation, the Vietnamese could now freely incorporate French and European ingredients into their cuisine without fear of reprimand. Mayonnaise replaced butter and local vegetables and herbs were included to more closely accommodate the Vietnamese palate.

Before long, the Bánh Mì became a mainstay of Vietnamese cuisine. To Vietnamese, it represented overcoming and national pride – a modern food for a modern country that could be taken and eaten on the go. A culmination of East-meets-West that speaks to the resiliency of a country that never backed down, even in the face of adversary.

Despite the Bánh Mì becoming a Vietnamese staple, it wasn’t until 20 years later that the iconic sandwich would achieve superstar status.

After the fall of Saigon in 1975, the Vietnmaese diaspora spread far and wide into America and Europe. Bringing with them few possessions with the exception of their worldly knowledge and family traditions, many began doing what they knew best – serving up traditional Vietnamese eats.

The ingredients for Bánh Mì are, and remain, traditionally cheap, so it was a great opportunity for both entrepreneurs and the consumers alike to serve and enjoy these tasty sandwiches. Consisting primarily of a French baguette, pâté, Vietnamese cold cuts, pickled vegetables and fresh herbs, it’s a dish that’s unassumingly humble and not to mention affordable for the thousands of Vietnamese refugees that found shelter around the world.

In fact, the original founder of Ba Le Deli, Mr. Ba Le, was himself an expat that took refuge in Canada to escape the Vietnam war. While many from his family scattered throughout the United States to settle, Ba Le and a few of his siblings made the decision to come to Canada.

And the rest, is history

Get Them Before They're Gone!